How UAV and Drone Technology Is Influencing Agriculture

Unmanned aerial vehicles or drones have been used in agricultural applications for over 15 years. More farms are adopting drone technology than ever before.

A recent study reports that nearly three-fourths of farmers surveyed in the United States are either currently using or considering implementing UAVs. Here are up-to-date answers to seven questions about the state of drone technology in the agricultural sector.

1. How Are Drones Used in Agriculture?

Drones offer an easy way to get aerial imagery of a farm on demand. The ability to observe large volumes of land and monitor crops from a bird’s-eye view provides a useful perspective.

While satellite images can also be useful for obtaining top-down views of cultivated land at different points in time, agronomists and farmers can send up a drone at any time to obtain footage for use in time-lapse photography and other methods that involve comparing frequent captures.

Small aircraft have been used to monitor and spray crops with fertilizers or pesticides for nearly a century. Drones are unmanned and much more lightweight, but these aircraft can perform similar functions.

In 2015, the United States Federal Aviation Administration approved the Yamaha RMAX remotely piloted helicopter as the first drone weighing more than 55 pounds authorized to carry tanks for spraying crops. The use of precision drones can manage costs and risks.

2. What Are the Common Types of Drones Used in Agriculture?

While a standard commercial camera drone can be used to obtain aerial footage of a farm, there is a growing market for advanced agricultural drones. Agronomists and farmers may find any of the following types of drones to be useful for specific tasks:

Precision agriculture drones can be used to gather even more data about cultivated land, crop health and yields. A bird’s-eye view can be beneficial when doing comprehensive crop counts and monitoring the status of crops. Some agricultural drones are also capable of taking soil samples or other sensor readings for use in data analysis.

While many farmers still use manual drones, some agriculture drones are designed to fly automatically with minimal input. Some flight planning software makes setting automated flight paths as simple as drawing a line around areas where the drone will fly. These systems can also offer control over the types of footage and data gathered during a flight.

3. What Are Some Benefits of Drones in Agriculture?

Drones enable farmers and agronomists to get a view of land under cultivation that previously required flying in a crop duster. Even a precision UAV designed for agriculture is more affordable than maintaining a crewed aircraft.

Options for automated flight paths enable any agronomist or farmer to send up a drone and removes the obstacle of needing a trained drone pilot to obtain aerial footage. Smart systems can also prevent crashes due to operator error.

Unlike satellite images that may only be taken at certain points in time, drones enable agronomists and farmers to obtain aerial footage whenever data is needed. This mode of image capture can be more useful for time-lapse photography and other comparisons of imagery obtained on a more frequent basis.

The ability to compare footage of specified areas taken at regular intervals enables farmers to closely monitor the status of crops and determine whether irrigation methods and fertilizer or pesticide treatments have the intended effects.

Gain Full Visibility of Your Drone Fleet Operations
Conduct inspections, minimize the risk of unit damage, and avoid delays due to poor planning

4. What Are the Advantages of Precision Agriculture Drones?

Precision drones that are designed for agricultural applications are more advanced and specialized than commercial drones. An advanced model such as the DJI Matrice 30 Series offers options for a thermal imaging camera and a laser rangefinder, both of which can provide more detailed data than commercial camera drones.

The DJI Matrice 200 V2, offered in collaboration with PrecisionHawk, is capable of flying in sub-zero temperatures and offers the option for a dual gimbal capable of simultaneously deploying visual and thermal sensors.

Drone footage can help farmers find ways to maximize yields from land under cultivation and demonstrate regulatory compliance with regard to pesticide or water usage. In order to obtain meaningful insights from visual or sensor data gathered by drones, agricultural enterprises should use software that makes it easy to organize and access data for use in analysis.

5. What Are the Most Common UAV Agriculture Applications?

Many commercial drones feature high-resolution cameras and gimbals that enable pilots or flight programs to capture video footage or stills at the desired angles. Precision drones can also be equipped with hardware for taking soil samples, sprayers and tanks or advanced measurement systems such as rangefinders.

6. How Do Recent Advances Impact the Use of Drones In Farming?

Commercial drones for agricultural usage only date back to 2006. Over the last 15 years, significant advances have been made in drone hardware and software. Platforms that allow for fully autonomous flights along programmed flight maps often feature advanced obstacle detection.

While these technologies have been around for a few years, recent advancements make the implementation of drone technology in agribusiness a more practical prospect.

Although the Yamaha RMAX remotely piloted helicopter debuted in 1997, it has been less than 10 years since the United States Federal Aviation Administration approved the use of this UAV model to carry and discharge fertilizers and pesticides from liquid and granular sprayers.

The market for agriculture drones continues to advance with models such as farming-specific PrecisionHawk UAVs and the heavy-duty DJI Matrice line. These precision models enable drones to be used to obtain sensor readings in addition to imaging.

7. What Is the Best Way To Process Data From Drones in Agriculture?

Data extraction from drones can occur wirelessly through control station software or directly from the storage medium on a device. Manual or automated workflows can process and store footage along with metadata indicating dates, times and locations surveyed. Automation can save time processing drone data ranging from video footage and still images to sensor readings.

Agronomists and farmers can see the best results by using a combination of drone system software, farm management solutions and workflow management software. Fluix is a robust platform capable of integrating data from every platform in use.

When it comes to completing pre- and post-flight inspection checklists or automating workflows for processing data, this workflow management software with code-free automation features can facilitate functions that are difficult or time-consuming to perform manually.

A workflow management and automation solution helps agronomists and farmers organize data acquired by UAVs. Fluix simplifies automating processes and tasks to ensure that aerial images and data are backed up, organized and available for analysis.

Whether a farming operation relies on drones to obtain aerial footage or perform remote tasks, Fluix offers the resources necessary to track and maintain these assets and maximize the usefulness of data gathered by drones. 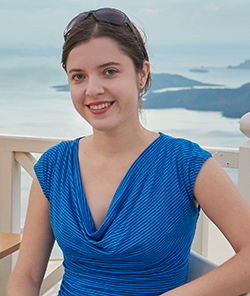 Dasha Gaioshko
Dasha is a marketing manager at Fluix. When she's not working, you can find her playing the piano, exercising, or watching arthouse movies.
Share this article
Subscribe to our newsletter
Get the blog updates, expert insights, and industry news delivered to your inbox twice a month
Recent
Popular
Categories

How UAV and Drone Technology Is Influencing Agriculture

How to Improve Your CSA Score
The current Compliance, Safety, and Accountability score system administered by the Federal Motor Carrier…
Iuliia Nesterenko